The exhibition TRANShomoPLANTATION is closely linked to Petrič’s previous work and to her years of careful study of man and society, and her research of the environment and the world in the boundless universe. Psychological definitions of and reflections on mankind, our existence, emotions and life on the green-blue planet in the evolutionary process of the meaning and the meaninglessness of existence have given Petrič numerous answers and guidelines in the process of transferring these issues to visual art projects. Her creative power and artistic path has been confirmed by her realisation that culture is closely correlated to social life and is a variable of time. Everything within and around us is an enormous, complex whole of existence, of searching, and is interdependent with space, universal transformation, birth and death in all dimensions, which again gives rise to new life.
The artist presents lace assemblages collected from all over the world as a metaphor for the epidermis, the skin that defends, restricts and covers us, as well as bringing us together. With the skin, we touch each other, we connect more and more closely to each other and weave a network. Deployed in space, the conceptual assemblages represent part of the artist herself and of mankind in general, and perhaps also of a humanoid. Referring to the exhibition, Petrič states, among other things: “We exist in a closely connected network of countless voices and bodies, multidimensional and multifunctional, with the ability of memory and imagination, directed through linear space and time. My skin, your skin is transgenerational, it shrinks and expands, from the nano to the expo level, with vessels of hope, happiness, love, softness of touch ... My skin, my membrane ... a cluster of lace, thousands of hours of tying and unravelling knots and loops, kilometres of thread, traces of names, memories, voices, sounds, emotions.” With the artist’s work, we find that, if we delve deeply into ourselves, open up to the world and connect with each other, “heaven” is only a step away.
Olga Butinar Čeh, professor of art history 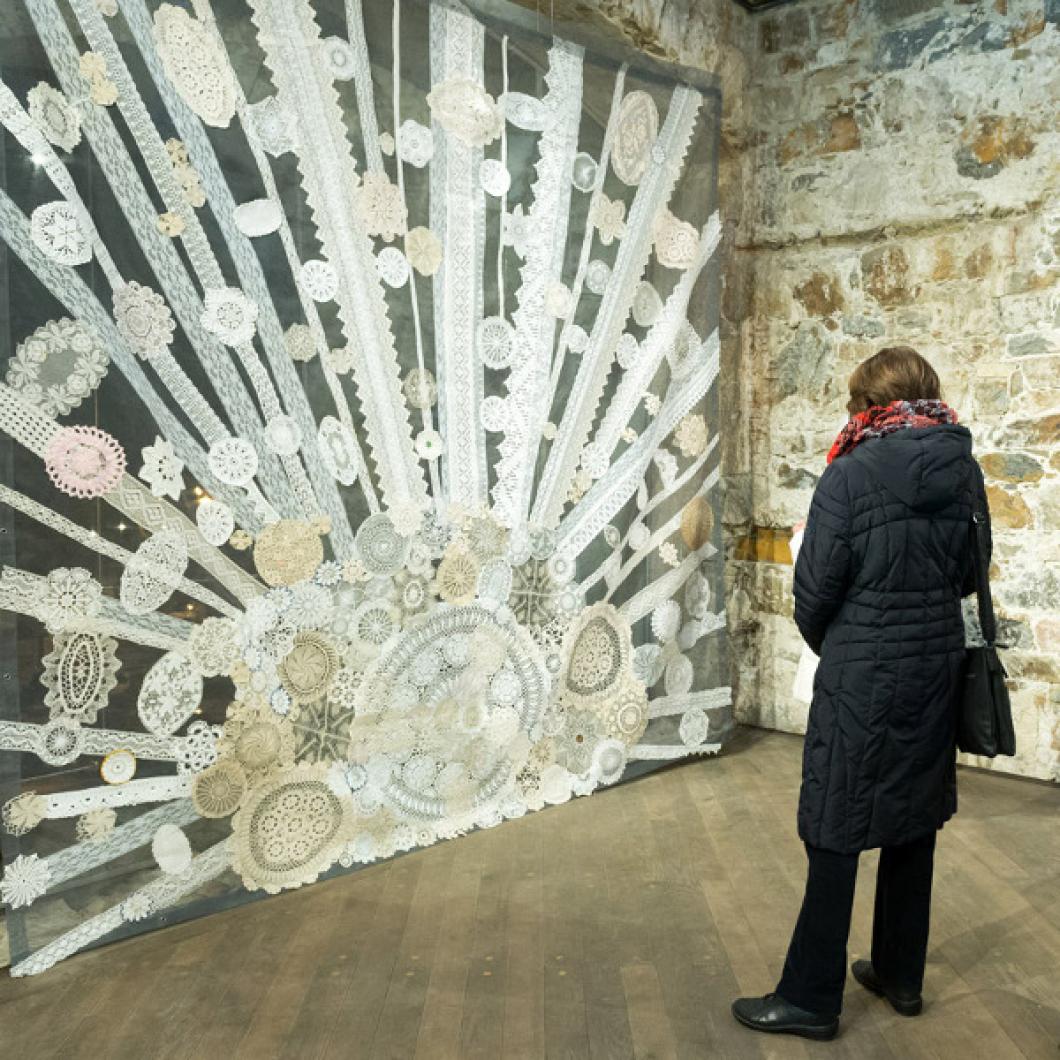 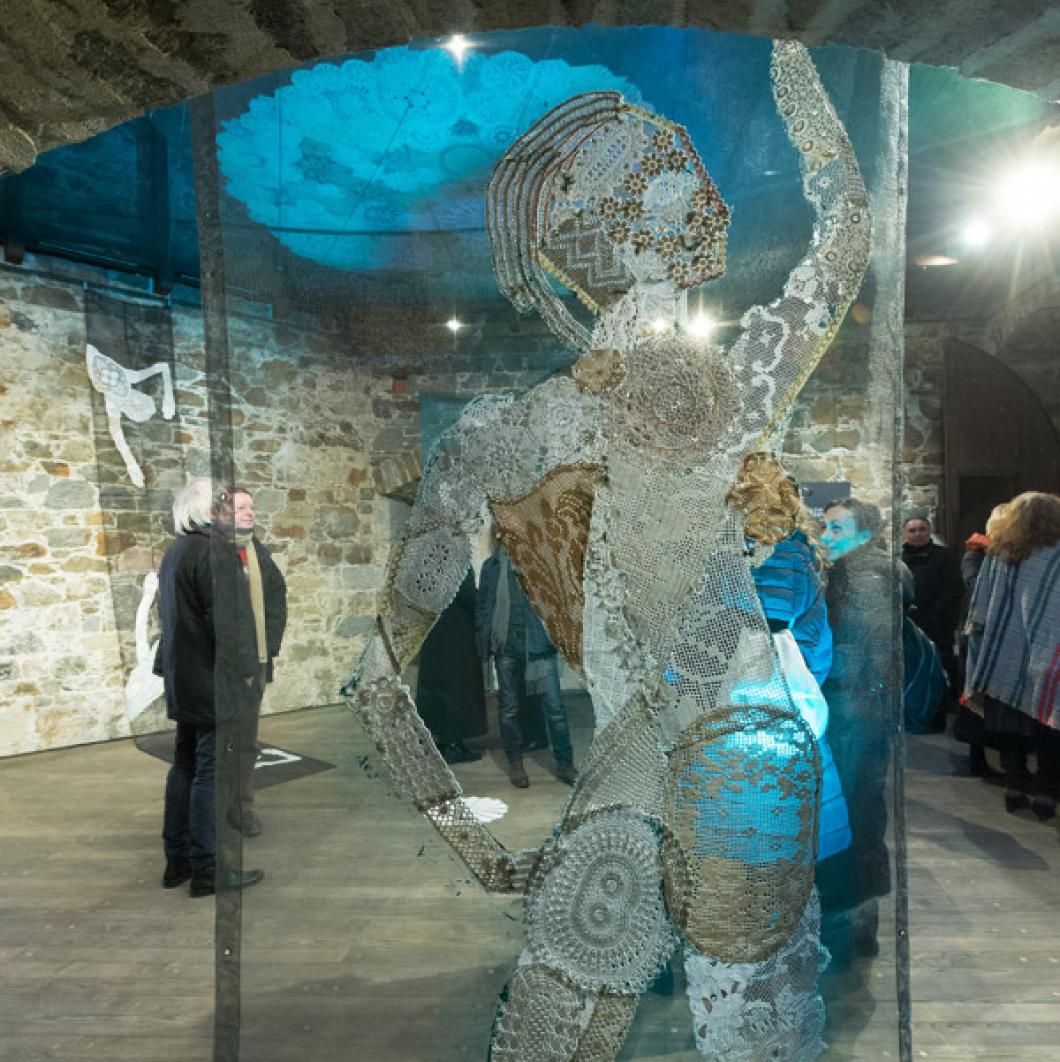 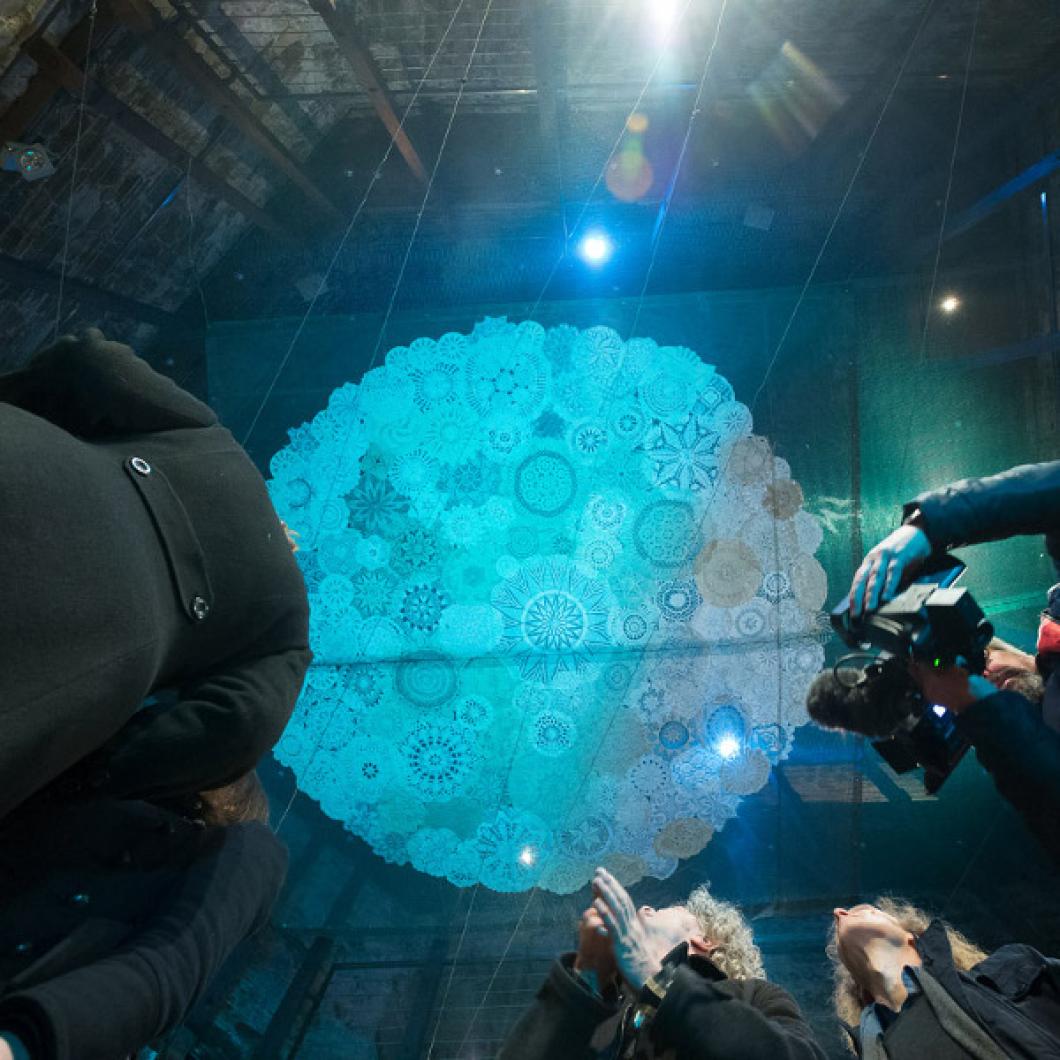