The Ljubljana Castle / Choose Experiences / Renovation and Revitalisation of the Castle

Renovation and Revitalisation of the Castle

The castle as it used to be and today. Set out on the fascinating journey of the development and renovation of the Ljubljana Castle, on which you will be guided by a thematic exhibition. Over the centuries, history has written a very special story, leading to the image of the castle as we know it today.

The oldest settlement of the Castle Hill dates back to the 12th century BC, when the inhabitants of that time built a fortified settlement/fort on the hill. The rare archaeological finds/objects from the Roman period (1st–4th century AD) suggest that the Castle Hill was inhibited during that time, as well.

The first wooden castle was most likely erected as early as in the 11th century. From the 12th century, it was the seat of feudal nobility, the Spanheim Dukes of Carinthia. When the settlement below the castle gained city rights in the 13th century, the first stone fortress was constructed on the Castle Hill, connected to the city with a wall.

The castle gained its present form in the 15th century, during the time of the duke and later emperor Frederick III of Habsburg. At that time, the fort was rebuilt with more extensive dimensions, while the inner tracts of halls were gradually completed in the 16th and 17th centuries. During this period, the castle had the role of a fortress, while it was also the seat of the Carniolan provincial governors.

In the 18th century, the castle lost its original purpose, and there were even proposals to demolish it. In the time of the Illyrian Provinces (1809–1813), it was occupied by French soldiers. There followed the penitentiary period in the 19th century, while in the early and mid 20th century, the castle’s spaces were transformed into apartments for socially disadvantaged citizens.

The image of the original castle was frequently changed and reconstruction was undertaken countless times. The City of Ljubljana purchased the castle from the state in 1905, but further investment in renovation was not possible at that time. This did not occur until the middle of the 20th century, when, in order to preserve what had been a symbol of the city for many centuries, preparations for a thorough renovation of the castle commenced. A public tender was issued to obtain the most suitable solution for the reinvigoration of the castle.

The renovation took place in three phases – research, revitalisation and renovation. From the very beginning of the renovation, experts from the City Museum of Ljubljana and the Institute for the Protection of the Cultural Heritage of Slovenia were included in the project, as one of the principal guidelines of both the professional public and the citizens of Ljubljana was that the original image of the castle should remain unchanged as far as possible. The design team of the architectural bureau Ambient was selected to undertake the project. 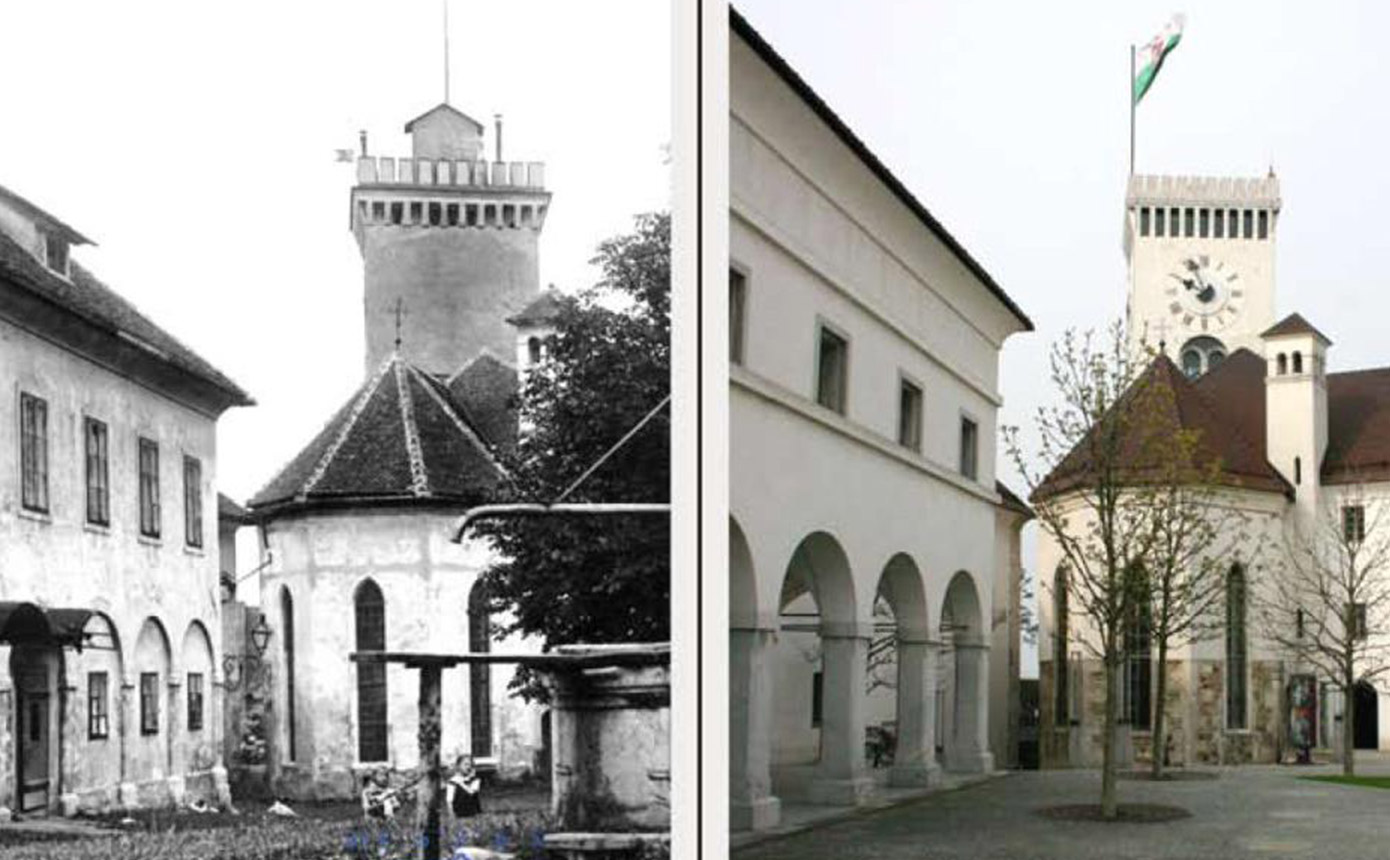 The photographic exhibition can be viewed in the Lower Lapidary above the upper funicular railway station. You may want to view it before visiting the castle and then again after your visit. This will make it easier to identify and compare the differences that came about during the renovation.

For organised groups, it is advisable to book a term for the tour in advance by telephone.

DO YOU HAVE ANY SOUVENIRS YET?

You probably don’t have one with my image yet. They are beautiful and as luxurious as a castle! Practical gifts and attractive souvenirs await you in the Castle Shop.

VISIT ME AT THE SHOP
Meet Friderik, the castle rat!