The Ljubljana Castle / Why visit the Castle? / The History of the Castle

The History of the Castle Hill

For our ancestors, the Castle Hill represented a safe haven from early times, long before the mighty castle was built on it. Today, the Ljubljana Castle is primarily a historical site, a cultural centre and a tourist attraction, but it has a colourful and fascinating past. Learn how the Ljubljana Basin and its castle have changed since their original settlement.

With its exceptional geographical position, the Ljubljana valley was always interesting for new settlers. First settlers came to this area in the late 2nd millennium BC (early Bronze and Iron Age). These were the carriers of urn burial culture, who settled at the castle hill in the late 13th century BC. Their ethnic origin is not known. All we know is that they buried the dead in urns. Archaeologists do not exclude the possibility that they carried the dead over the Ljubljanica River to the other world. Because of the later re-constructions it is impossible to study this first settlement; however, we can guess the basic shape of the ancient fort on the basis of other similar settlements in Slovenia. Such settlements usually consist of two parts, one bigger and other smaller, divided by a mound. Both forts were protected by ramparts and palisades. Houses were made of wood and clay. Usually there were one or two areas behind the fireplace used in free time and poor weather conditions.

Analysis showed that conditions at the castle hill and its surroundings were favorable for farming and pasture. Forests gave them wood to build and deer to eat. Besides that many birds lived on the Ljubljanica river banks and many fish in it. The castle hill (376 m) was a safe area for our predecessors which also ensured efficient supervision of river transport.

Pre-historical settlement reached its peak in 9th and 8th century BC and then gradually weakened. When Celts came and later Romans, this settlement no longer had any economic or cultural power. 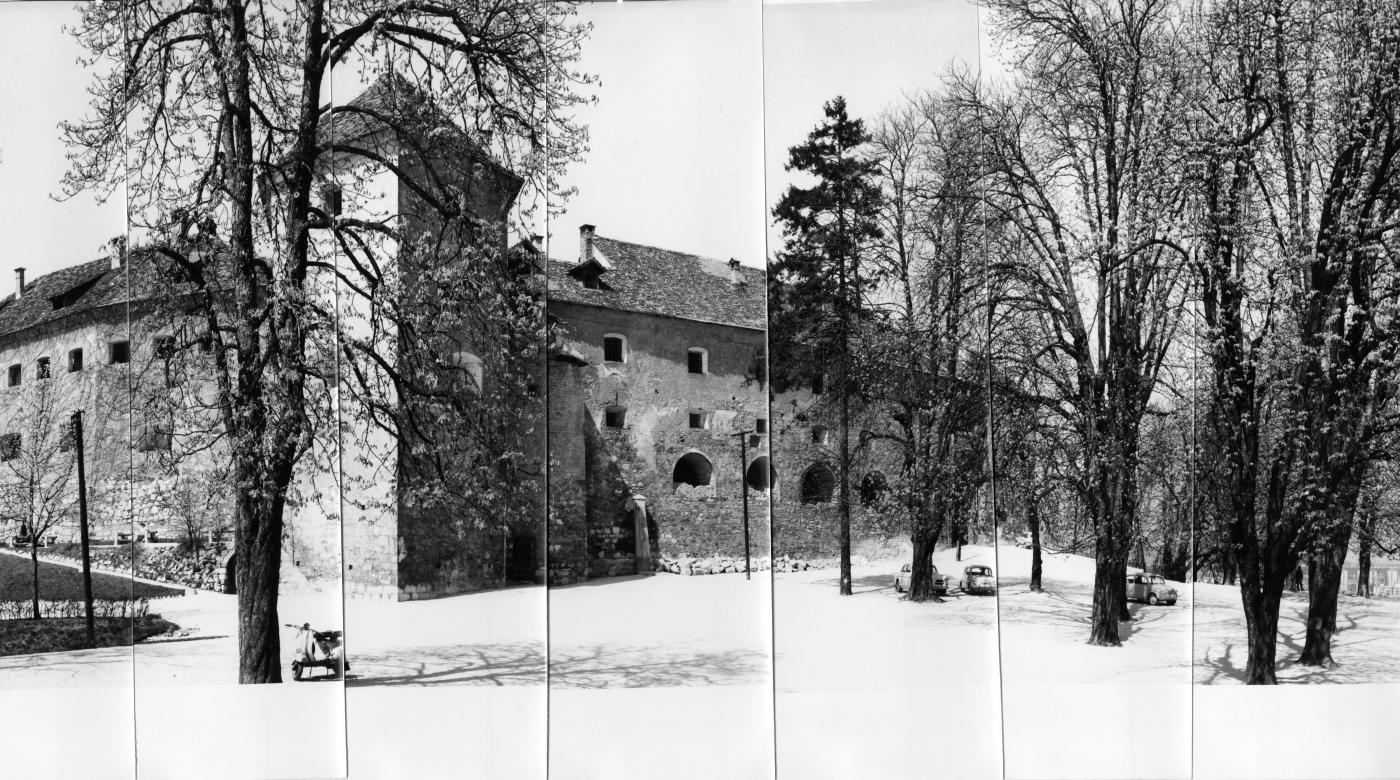 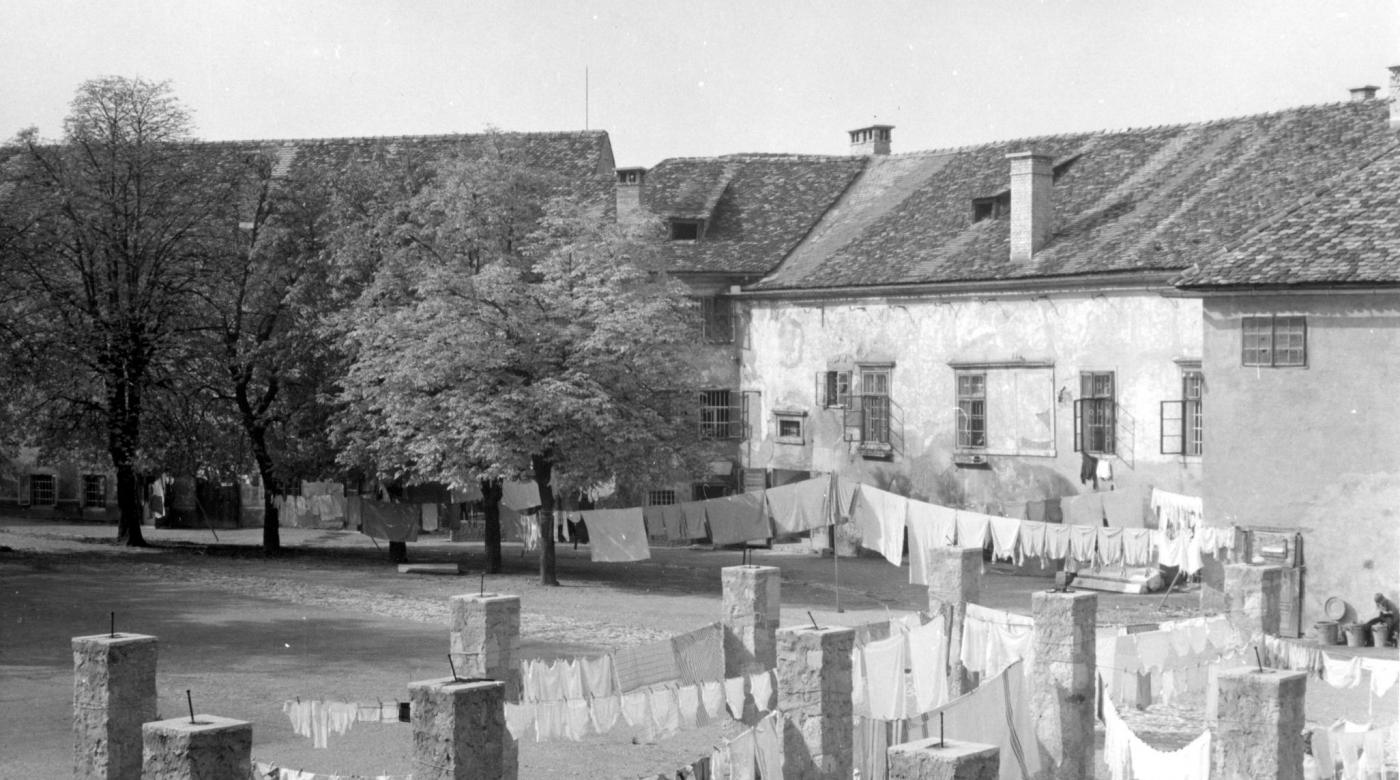 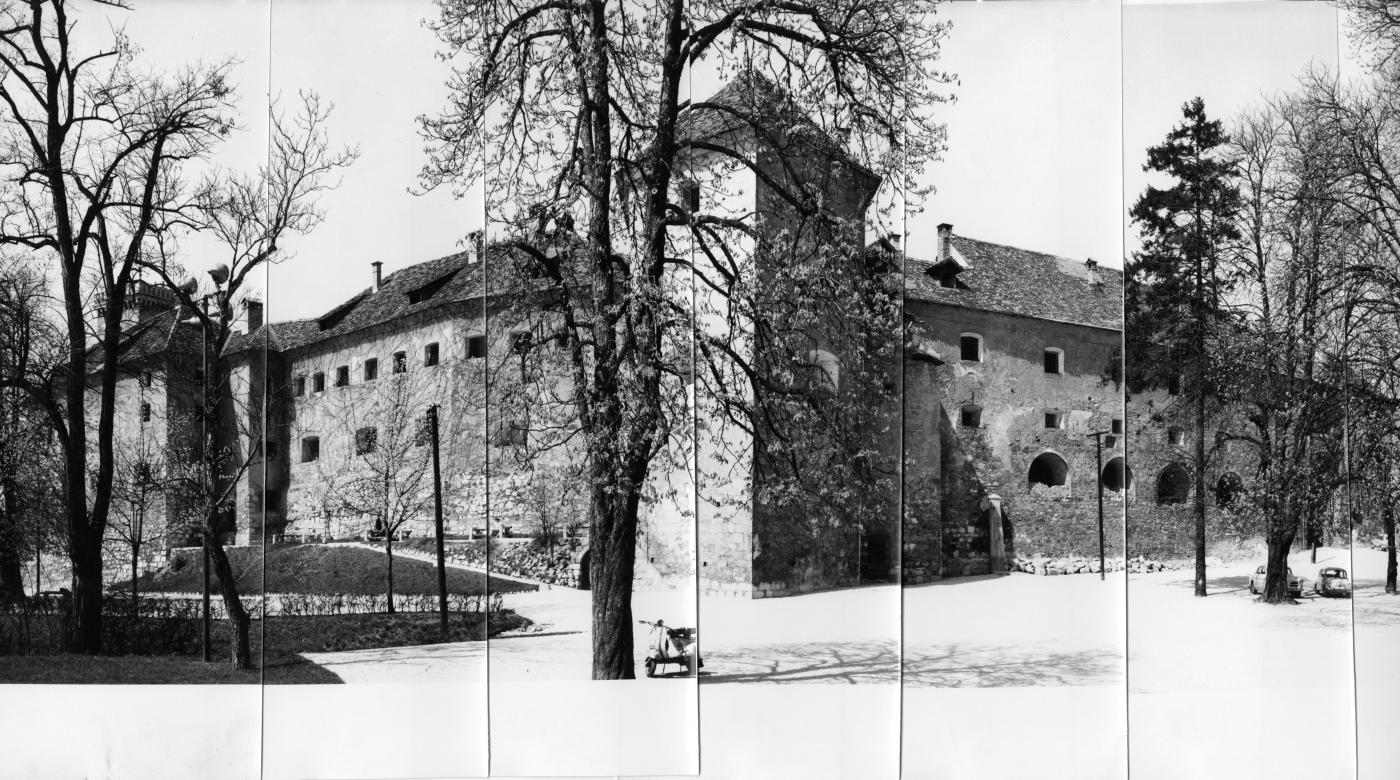 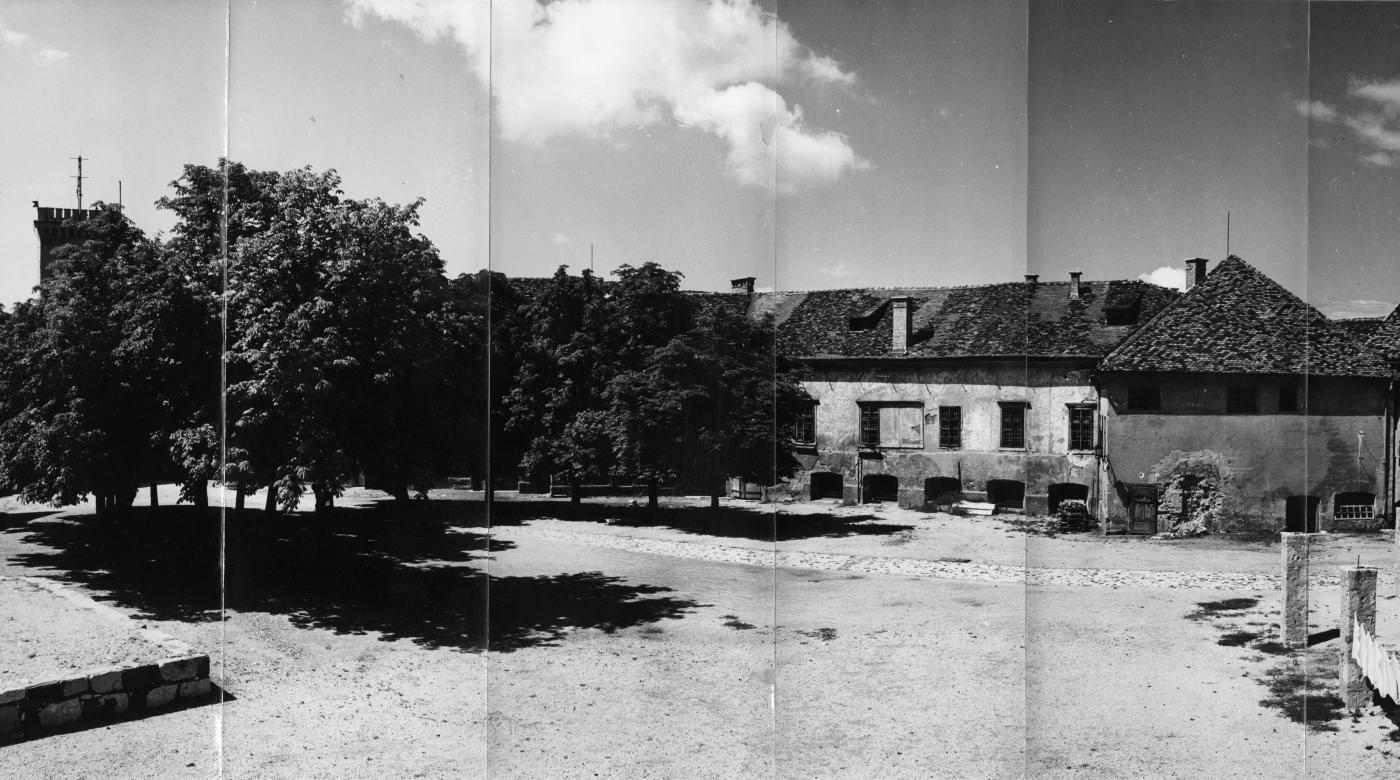 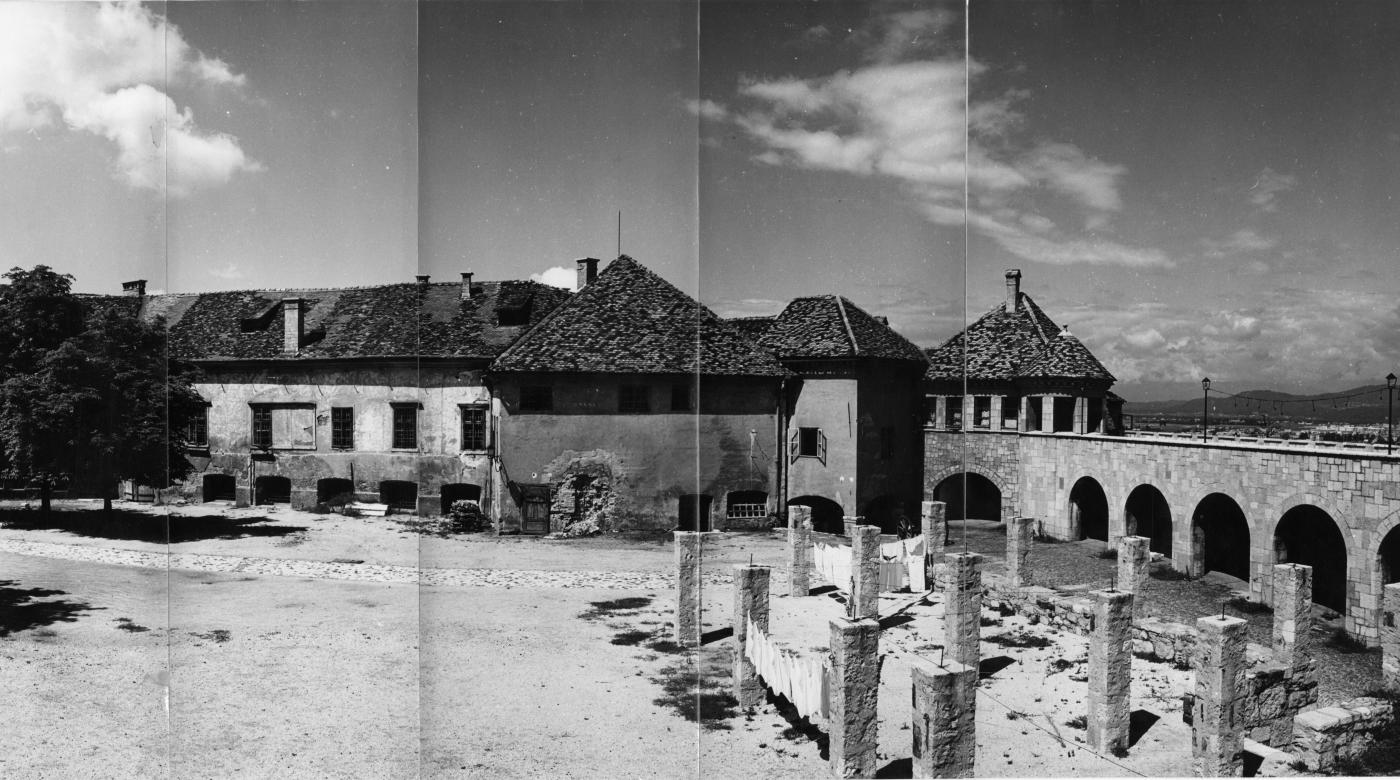 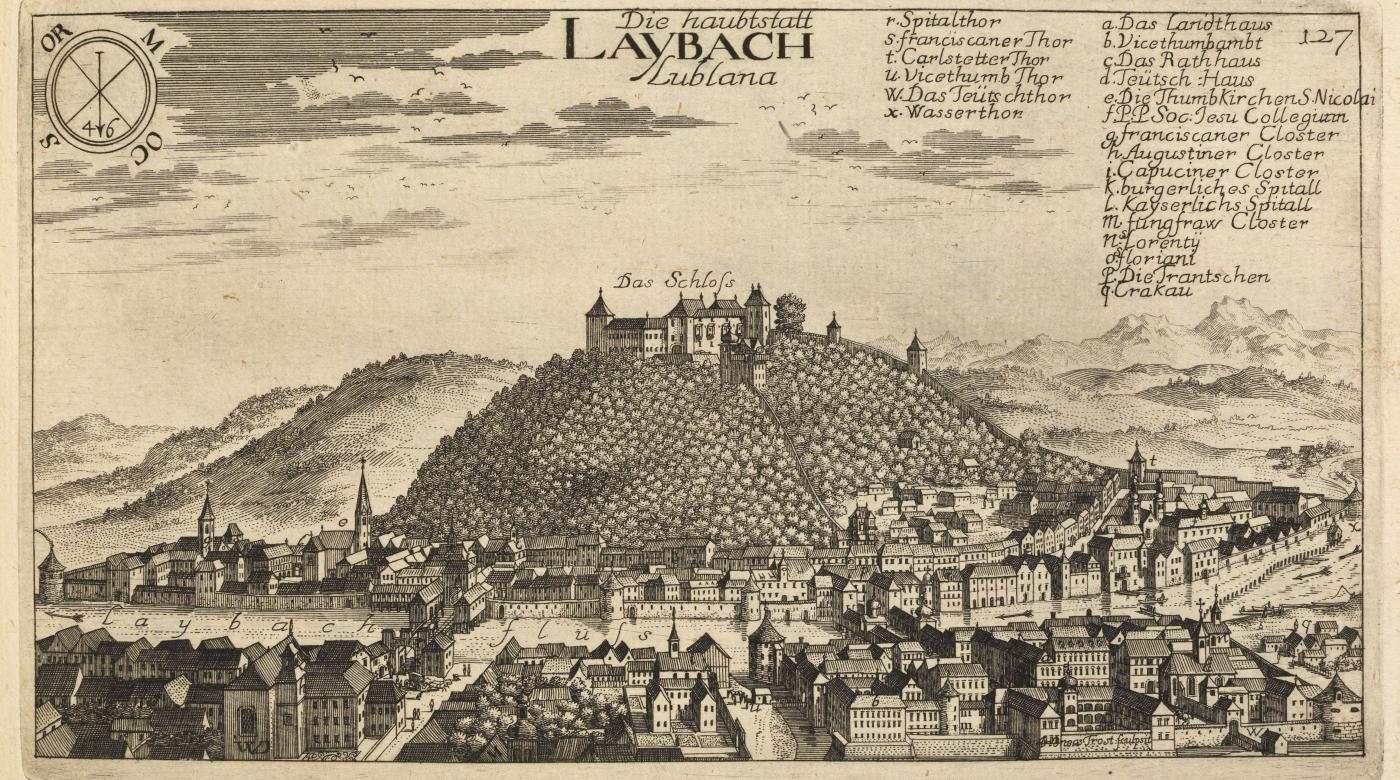 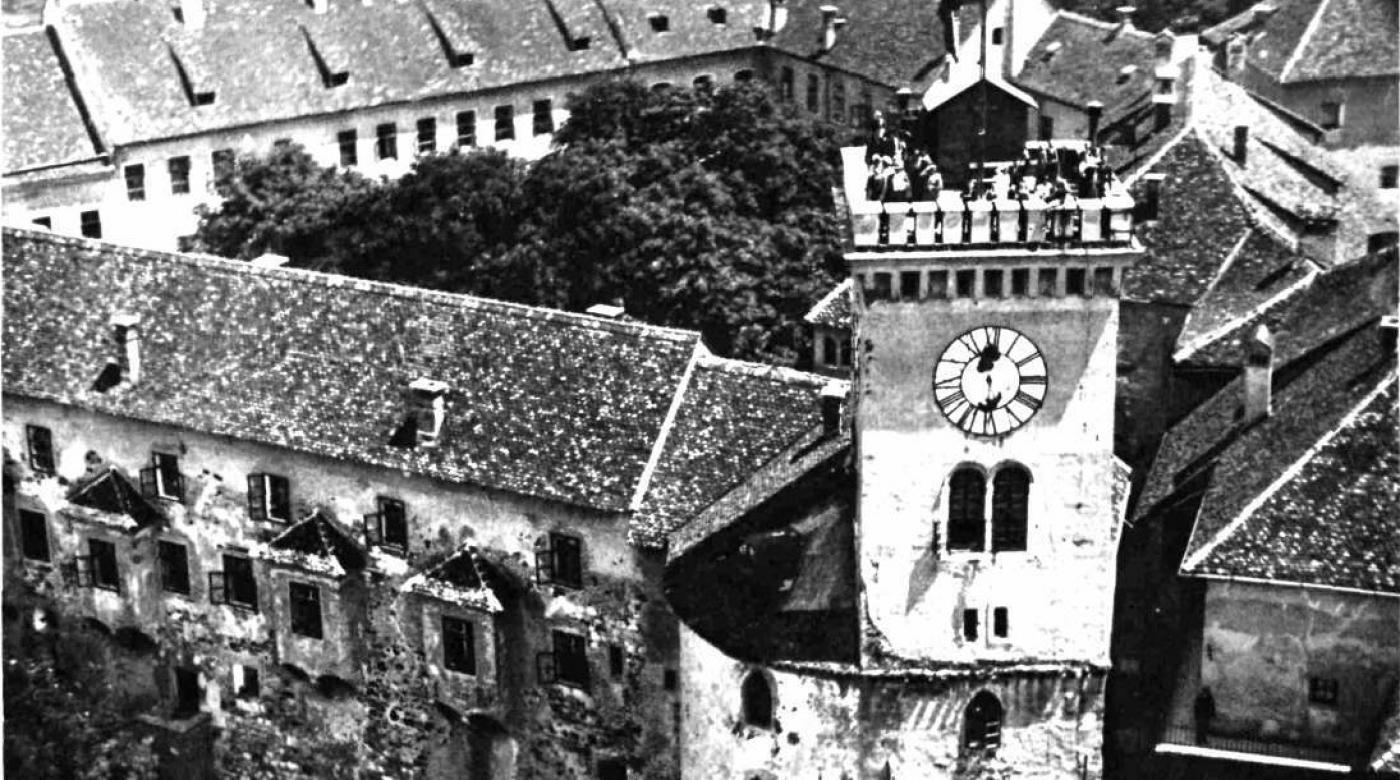 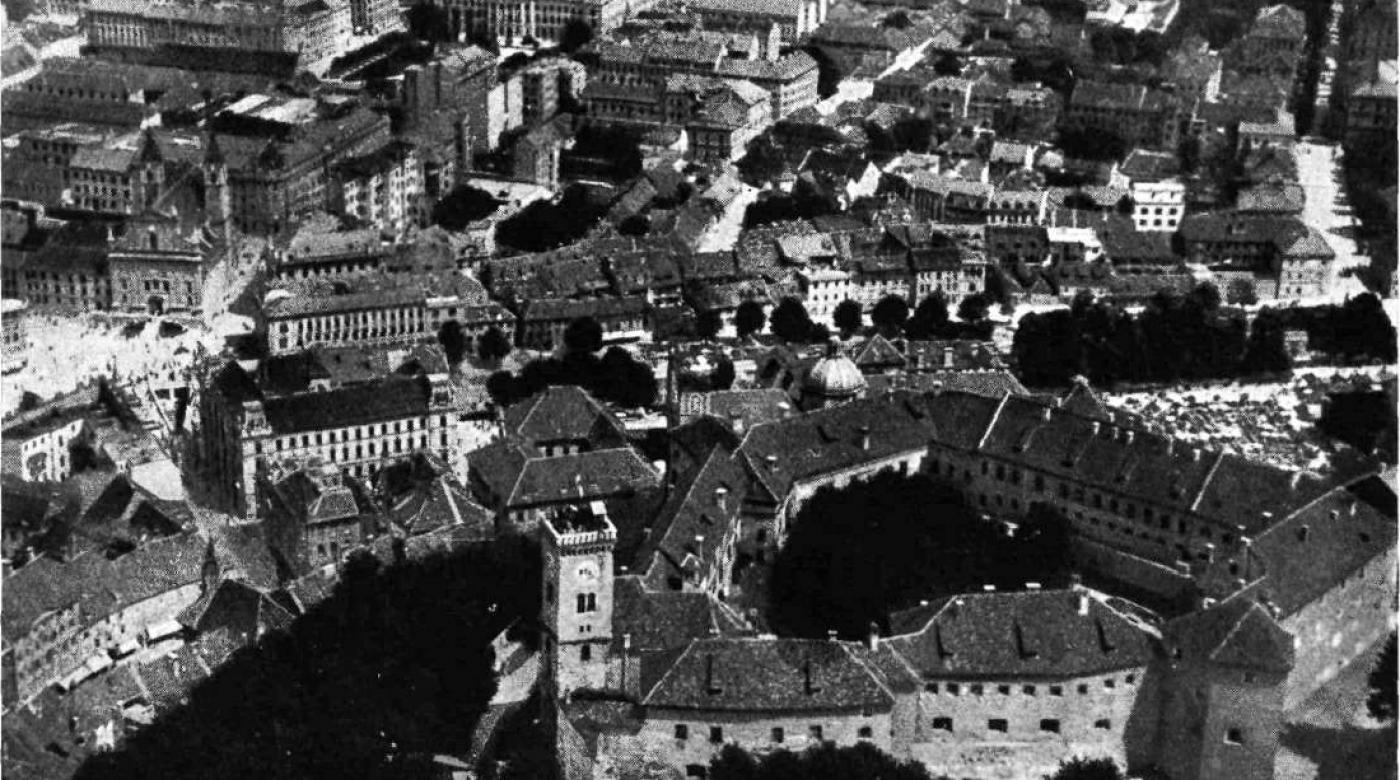 The continuity of settlement leads us to the Roman era. On the left Ljubljanica bank 1st and 14th legion established military post (between 100 and 50 BC). The city walls of Emona were built in years 14 and 15 AC. The city had approximately 6000 inhabitants, most of them merchants, craftsman, clerks and retired soldiers. Archaeologists still do not know whether there was a military post or even a temple on the hill. The archaeological remains of Roman period date back from 1st to 4th century AC. Unfortunately there are no architectural remains of the Roman period on the castle hill. In the 5th the Huns invaded and destroyed Emona... Secondary used Roman remains from the 15th century can still be found in the castle walls. There is a gap between the decay of the Roman fortified city (5th century AC) and early middle Ages. Therefore nothing has been scientifically determined yet about the Slavic period.

Ljubljana (or Laibach in German) and its surroundings are mentioned again in 1106 when Carinthian aristocratic family Spenheim inherited after family Breže-Saleški the dominion over Ljubljana and together with that the ownership of the Ljubljana Castle. In early middle Ages there was a wooden fortress on the hill. Among the materials found there are also two leaden coins dating from 1164 and 1183, most probably coined at the Ljubljana Castle. In 13th century the so called Spenheim Castle stood just above the City Square, the City at that time.

Because of very modest remains from these times a more detailed look into the situation cannot be given. Excavation findings prove that this is the oldest built fortress. The fortress (palatiumaa) was first mentioned in 1220 which means that the Castle was not only a fortress but also a noble mansion. No proves have been found, however, that nobles preferred to stay at the Castle rather than in the City; therefore we can only presume that they used the Castle also as their residence. Death of Ulrich Spanheim in 1269 marks the end of 150-year dominion of Spanheim family. A year later both the Castle and the City went through the first military test known to us. Hungarian king Otokar II Premysl conquered the Spanheim property.

For the following hundred years the Castle constantly kept changing its owners. All until in 1335 Carniola became hereditary property of the Habsburgs. Fortification of the Castle in 15th century was especially important because of the invasions of Turks. Turks first knocked on the City Gates in 1415. As a consequence many castles were fortified. Provincial prince was in charge of construction and renovation of walls. Ljubljana got the walls in 1416 and 1448 and again in 1463 and 1478. Changes made in 15th century under the rule of provincial prince and Austrian Cesar Friderik III of Habsburg (Cesar: 1452-93) completely changed the image of the original castle. The old Spanheim fortress was almost completely demolished and a new castle was built. Its ground plan is irregular in style of medieval fortresses, which represents traditional, non-Italian trend. The Castle was adapted to new firearms; the whole area was expanded and the Pentagonal Tower added. The Pentagonal Tower connected the Castle with the outer world by a drawbridge over the moat.

One of the oldest preserved parts of the castle is St. George’s Chapel dating from 15th century. It was consecrated in 1489 and then changed in baroque. In 1496 the Tower Padav (today Šance) was built and connected to the Castle by the wall in the second half of 16th century. In 1511 a catastrophic earthquake struck the whole country, but did not hurt the new Castle. Polymath Janez Vajkard Valvasor reported of peasants' rising in the year 1515; peasants attacked the Castle, but nobility managed to repulse it.

Besides peripheral walls, St. George's Chapel and corner Towers, all other structures were built in 16th and 17th century. All along the walls residential parts for emperor were built. The Inner Ward was used for noble military gatherings. Different rulers were in charge of construction works, the list includes many famous names from our history: Lenkovic, Lamberg, Auersperg, Kacijaner, Thurn,... The whole collection of names can be found on the ceiling of St. George's Chapel; sixty coats of arms of all rulers were painted in 1747. Two renovated halls, Estates Hall and Palatium, as their names suggest might had been used as nobles' residence.

In the mid 17th century the Castle lost its function of a fortress and residence. This was the beginning of its end. It was used as military warehouse and as such presented a great threat to the City and its citizens, instead of offering them protection. Each storm was a threat. Any thunderbolt could struck any of the towers where blasting powder was stored. There were two such towers on the Castle Hill- Imperial and Country Tower- both with a large amount of blasting powder. And such accidents did happen (1630, 1686, and 1737). Especially terrifying was the fire of 1774 which spread towards the Castle.

In late 18th century, between 1793 and 1796, administration in Vienna believed it would be the best to pull down the Castle and sell building materials. Carniola States and regional committee were against it; they wanted to preserve the Castle. These polemics ended when in the spring of 1797 French occupied Ljubljana for the first time and then again in 1809. During the Napoleon's Illyrian Provinces (1809-13) the Castle was used as barracks and military hospital.

After the return of the Austrians in 1815, the castle building was turned into a penitentiary for persons from Carniola and Carinthia who had been sentenced to up to ten years of imprisonment. With the exception of the period from 1848 and 1868,  the castle penitentiary operated continuously until the Easter earthquake in 1895. During its penitentiary period, the castle underwent a great deal of reconstruction and adaptation. The central courtyard, planted with chestnuts, was used by prisoners for everyday recreation. During the First World War, the penitentiary first served as a prison for political prisoners (in 1914, the Slovenian writer Ivan Cankar found himself imprisoned in the castle as a dangerous political opponent of Austria-Hungary), and between 1915 and 1918  it served as a quarantine station for Italian prisoners of war. During the Second World War, the castle was first an Italian prison, but after the capitulation of Italy it was operated by the Germans.

Instead of the old defense tower a new Viewing Tower with the clock was built; it was renovated in 1980. The year 1905 was extremely important for Castle's destiny- in the time of the mayor Ivan Hribar municipality bought it. They made it a place for cultural organizations and because of housing shortage it was partially reorganized into apartments. The most famous Castle renovation plans were made by architect Jože Plecnik. Unfortunately they never came true. Complete renovation started in 1964 when last of the Castle's inhabitants left to live in the city.

Are you ready to travel through time, rescue a dragon and learn about life behind bars? Yes, you can do all of this in our special experiences. Highly recommended!